I love my children, but I am not always sure about other children. It’s not that I don’t like them; it’s that I am not always sure how to communicate with them the right way. I am always afraid of treating them as if they were too young or too old for their current development. It sounds like a silly fear, but it does mean that sometimes I don’t know how to little kid other than my own. I have learned that if you let them do the talking first, you will know what to say and what they want to hear. It becomes a matter of listening first.

Little kids have varied interests. Some like dinosaurs and some like trucks. Some kids like to play in the mud and some would rather host a tea party with their friends. However, if you remember the one interest that they all have, you are going to know how to communicate with little kids in a much easier manner. Their main interest is themselves. That does not mean they are self-absorbed in a bad way, this is just the nature of childhood. They grow out of it, mostly, but kids are really interested in talking about what they are doing. Remember that and you can talk to anyone.

Perhaps the key to talking to little kids is to see what they are doing, and then ask them about it. They are going to be more willing to talk if they know you are interested in them. When you meet your friend’s little ones for the first time, for example, they may be shy because they don’t see you a lot. Some children are very open and will talk to you no matter what, but you may have to work a little more with little kids that are shyer and unsure of adults they do not know. Stranger anxiety is typical with many age groups and is actually a good thing to keep them safe, but it can make things awkward for you.

Remember when communicating with little kids that are not your own, there are worries that you should consider. If a child that does not know you very well is willing to tell you anything and wants to go somewhere with you, you may want to talk to their parents. It is hard to teach little href=”https://www.lowcostbabygiftideas.com/fifty-spf-sunscreen-for-children/”>children about stranger danger, and if you see a child that is very willing to be led away, and you know the parents, you may want to tell them. Some children think that if they know someone’s name, they are no longer a stranger. It’s hard, but some kids are more willing than others, so be careful what you do.

If you are going to be babysitting these little kids, you do want them to have some trust in you. This is going to be something you work on with the parents. The parents have to make it clear that they trust you and that it is okay for them to be with you when they are not around as long as Mom and Dad know about it. Don’t be disheartened if they are resistant, as that is a good thing for them. Little kids can be complicated, but they are also a great source of joy, even if they are not your kids. You can learn a lot from their very open and unbiased declarations.

Teaching Children the Intuitive Way – Will President Obama Insist on It?

We are soon going to have a major overhaul to the American education system. President Obama’s initiative of revamping the No Child Left Behind Act will find all kinds of existing educational institutions either altered or swept aside. This would be a good time for the president to think about how our education system so far has been completely uninformed by everything that parents, teachers, and children have felt intuitively, and scientists have proved with research, to be the best way to learn. Teaching children in today’s education system is all about taking a bright and open child and a well-meaning and enthusiastic teacher, and successfully sidelining the creativity and openness in both.

Inventing a curriculum, teaching children in a way that would truly teach them something, educators would do well to call to mind a great piece of advice that child development scientists give us: just because you need to see a child to finally read and write properly, doesn’t mean you need to savagely force the child to keep repeating the alphabet. The training for something in a child almost never involves the very activity that you wish to see in the end. If for example, you want an athlete to run faster, you don’t go and keep forcing him to run without end as practice. You target the muscles that would be the best use in running and devise all kinds of training schemes to strengthen them individually. Once that is done, the running will come effortlessly.

Helping a child to read and write, is simply done better by helping the child think better; parents and teachers can talk to the child, engaging her in talking about complex descriptions of what she feels, learns, or intends to do. Children are not supposed to be cramming in elementary school to “prepare for” high school or later, do they? They just need to find the way in which their head works, so that they can figure out for themselves how to gain whatever skills they will need later on. So with this bright new plan, what is it that the scientists say that a child should be able to do when they are ready to enter high school at 12? Well, they should be able to gather their thoughts and express them in a way that would be interesting to a listener – preferably in the form of an essay. Of course, they need basic numeracy – manipulating numbers for everyday life. If they have an opinion, they must know that they need to be able to articulate it and that others can’t accept it unless they provide a compelling argument in its defense. And they need social skills to be a part of a group of friends in school. Lots of children struggle in school and later on simply because they were not taught some basic life skills when they really needed them in junior high.

The classrooms in public schools these days are so strained for resources – overburdened teachers and so on. The school doesn’t need to be about handholding the whole way. Children need to be allowed to look at things, and learn for them, to reinvent the wheel as it were. The teacher is just supposed to give them general activities – the children are supposed to find a way to get it done, gather information and materials, and so on. The teacher should be free to take care of the children who really need her help, children who somehow tend to lag behind in certain areas at certain times. Activities for everyone could include things like devising a new game and getting other children behind their game. It could be about writing stories by which the child expresses what she feels about a hot button issue for children.

America is no longer alone on the top of the world; there are other countries that are either close behind or at the same level. A blind passion for teaching children with test scores in mind will only make things worse. 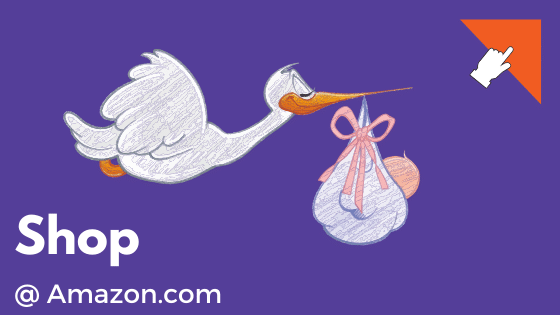